All Library locations are closed until further notice. More Info 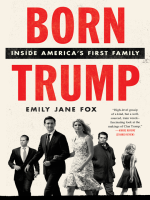 Formats
Adobe EPUB eBook
Works on all eReaders (except Kindles), desktop computers and mobile devices with with reading apps installed.
Sample Check Out
Kindle Book
Works on Kindles and devices with a Kindle app installed.
Sample Check Out
OverDrive Read
Sample Check Out
Need Help?
If you are having problem transferring a title to your device, please fill out this support form or visit the library so we can help you to use our eBooks and eAudio Books.
Description
Loading Description...
More Details
Format
Adobe EPUB eBook, Kindle Book, OverDrive Read
Street Date
06/19/2018
Language
English
ISBN
9780062690791
Subjects
Biography & Autobiography
History
Nonfiction
Table of Contents
Loading Table Of Contents...
Also in this Series

Note! Citation formats are based on standards as of July 2010. Citations contain only title, author, edition, publisher, and year published. Citations should be used as a guideline and should be double checked for accuracy.
Copy Details
Staff View
Go To Grouped Work

As a writer at Vanity Fair covering the Trump family, Emily Jane Fox has spent the last year doing a deep dive into the lives of the President's children. She's developed a personal relationship with Ivanka and has cultivated sources close to Eric, Donald Jr., and Tiffany. She has scoured their Instagram accounts, combed through all their public speeches, spoken to their childhood friends, college acquaintances, business associates, close advisors, and campaign operatives. She's become the foremost expert on the Trump kids and, now, in this exclusive account, Fox chronicles the experiences of the Trump children, individuals who possess more control than any other First Children in the history of the presidency.

Wonderfully gossipy, Born Trump examines what shaped the Trump children into who they are—a shared familial history that will inevitably form American history in the coming years. Born Trump explores what it was like to grow up Trump and what this reveals...

Who is Donald J. Trump? To truly understand America's forty-fifth president, argues Vanity Fair journalist Emily Jane Fox, you must know his children, whose own stories provide the key to unlocking what makes him tick. Born Trump is Fox's dishy, deeply reported, and richly detailed look at Trump's five children (and equally powerful son-in-law, Jared Kushner), exploring their lives, their roles in the campaign and administration, and their dramatic and often fraught relationships with their father and with one another.

Reexamining the tabloid-soaked events that shaped their lives in startling new detail, Born Trump is full of surprising insights, previously untold stories, and delicious tidbits about their childhoods (ridiculously privileged and painful, in equal measure) and the extraordinary power they now wield. As a version of this new kind of American royalty they wish to be, they are ensconced not in palaces but in Trump Tower and the White House.

Even before Trump's oldest child, Don Jr., was born, Donald told friends that he wanted at least five kids—to make sure there was a greater probability one would turn out just like him. His vision didn't pan out exactly as he'd imagined, but Trump's children each inherited some of his essential traits—as one source says, "collectively, they make the whole."

Ivanka is a media-savvy, hyperskilled messenger with her father's self-promotional ease but without the brash.

Don Jr. has the most contentious relationship with his father yet seems prone to endlessly repeat his mistakes.

Eric embraced the family's real estate business but has, in surprising ways, charted a more independent course than his siblings.

While Tiffany grew up mostly separate from her father, she inherited Trump's perspective as an outsider—his unique combination of assurance and insecurity.

And there is Ivanka's husband, Jared Kushner, whose own family drama and personal ambition is a crucial thread in this saga.

Come for the vision of Trump as a father—a portrait of the president at his kindest and cruelest. Stay for the revelatory gossip, including the truth about the firings of Christie and Manafort, the inside scoop on Donald's three marriages, why Ivanka and Jared are "bashert," and how this family of real estate tycoons have become the most powerful people in the world.

Powered By Aspen Discovery supported by ByWater Solutions
v. 20.04.00
CONNECT WITH US