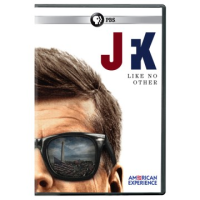 General Note
Title from web page.
General Note
Originally broadcast as an episode of American Experience on the PBS Network.
Participants/Performers
Oliver Platt.
Description
This film explores Kennedy's childhood years as the privileged but sickly son of one of the wealthiest men in America, his early political career as a lackluster congressman, his successful run for the U.S. Senate, and the game-changing presidential campaign that made him the youngest elected president in U.S. history.
Target Audience
Rating: TV-PG.
System Details
DVD, widescreen presentation; 5.1 surround.
Language
Subtitled for the deaf and hard of hearing.