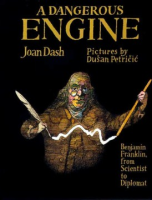 1) A dangerous engine: Benjamin Franklin, from scientist to diplomat

Didn't find what you want? Here are some alternative spellings that you can try.

Can't find what you are looking for? Try our Materials Request Service. Submit Request